How Much is Warren Buffett Worth? 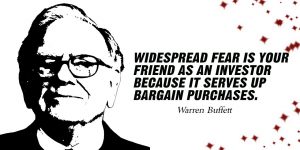 Warren Buffett is the CEO of Berkshire Hathaway and one of the richest people in the world. Due to Warren’s modesty, Forbes did not notice him early. And by the time they added him to the list of richest Americans in 1985, he was already a billionaire. Today, he is the facilitator and financier of many financial transactions. Likewise, financial planning plays a key role in establishing both short and long-term financial goals along the path to building wealth. As of 2021, Warren Buffett net worth is estimated to be $96.3 billion.

Famous quotes by Warren Buffett include:

How did Warren Buffett get Rich?

When the Great Recession happened, Warren Buffett lent money to and invested in some companies that had financial troubles which. Warren Buffett is now reaping the rewards of those financial transactions as he is a master at generating multiple streams of income to build wealth.

Who is Warren Buffett? On the 30th of August 1930 (age 92), Warren Edward Buffett was born to Leila Buffett and Howard Buffett, a stockbroker that later became a congressman. Warren Buffett is the second child and he has two sisters. As a young boy, he had a knack for business and ways to make money, he was so good that he could recall long columns of numbers offhand. Unsurprisingly, he can still do this today.

At age 6, Warren Buffett ventured into his first business proceedings. His grandfather owned a grocery store. He bought 6 packs of Coca-Cola from the grocery store at 25 cents and sold each bottle of Coca-Cola for a nickel, thus making a profit of 5 cents. At such a tender age, he was already displaying his business acumen.

At that young age, Warren learnt his first investment lesson, patience is key. Patience is needed for investments, and no true investor can be successful without having patience.

Warren Buffett is well known for his company Berkshire Hathaway which he bought into in the early 1960s, became a major shareholder and helped shape it to the success it is today.

Before Warren Buffett started working with Benjamin Graham, he was an investment salesman. He was very good at it and he enjoyed his job immensely, only encountering sad moments when clients lost money from shares that he suggested.

The Buffett Interview at CNN Money