How Much is 6 Figures: Highest Paying Jobs 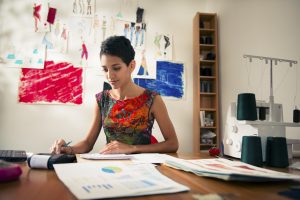 How Much Money is 6 Figures

Six figures sounds like a lot to many of us, and it can be.  But how good it truly is depends on your circumstances, such as the size of your family and where you live.  For example, a 6-figure salary is not uncommon for many who work on Wall Street, but the average monthly expenses for a family of four living in the New York City area average $4,835, not including housing costs.  Tack on another $5,177, which is the average monthly rent for a “normal” house in the area, and you’re up to $10, 012 in monthly expenses, for a grand total of $120,144 a year.  If you want to live in Manhattan, your expenses will be even higher.

The good news is that there are a number of jobs you can get that pay 6 figures and don’t require you to live in the New York City area, or in any other area with such a high cost of living.  Some require a college education, but others do not.  I provide some examples below:

Someone who earns a 7 figure salary has an annual income of $1,000,000 to $9,999,999.  These salaries are typically commanded by those who have a special skill, talent, or insight.  Surgeons, professional sport athletes, and actors are among those with special skills and talents.  Some in the tech industry also earn salaries in the millions of dollars, and most are those who happen to have exceptional insight into what future tech consumers will want and develop the software and/or hardware necessary to bring it to them.  Some top financial advisors who advise the elite on asset management, leading Wall Street credit analysts, and chief financial officers (CFOs) of large companies also earn 7 figures a year.

How Much is 8 Figures

The 8 figure salary jobs, which refer to annual earnings in the range of $10,000,000 to $99,999,999, is generally associated with the most popular actors, musicians, and professional athletes although some CEOS are deemed worthy of this amount of compensation, such as Robert Swan, CEO of Intel, whose 2019 compensation was $99,022,847 and Staya Nladella, Microsoft’s CEO, with annual earnings of $77,289, 149.  NBA star Carmelo Anthony earned $33.2 million in 2020; comedian and TV personality Ellen DeGeneres earned $84 million; novelist James Patterson brought in $80 million, and Tiger Woods earned $62.3 million.

How Much is 9 Figures

A high income of 9 figures are typically commanded by only some of the top CEOs, professional athletes, and entertainment celebrities, which ranks them as part of the highest paying jobs.  Tesla’s founder and CEO Elon Musk earned $595 million in 2020; Tim Cook, CEO of Apple, earned $133 million; and Sumit Singh, CEO of Chewy, earned $108 million.  In the sports arena, tennis player Roger Federer’s 2020 earnings were $106.3 million, and soccer star Cristiano Ronaldo earned $105 million. Rapper Kanye West’s 2020 income was $170 million.

What Does It Mean to be Worth 6 figures, 7 figures, 8 figures or 9 figures?

More important than earning 6 figures, 7 figures, 8 figures or 9 figures is being worth any of these amounts.  When someone is said to “have” 6 figures or “be worth” 6 figures, it means their net worth is between $100,000 and $999,999 inclusive.  Net worth is defined as total assets minus total liabilities.  Assets are what is owned, such as a house, vehicle, bank accounts, and investments.  Liabilities are what is owed, or the amount of debt a person has, including mortgages, car and student loans, and credit card debt.  It is not unusual for someone to earn 6 figures or more but not have a net worth of the same number of figures.  Many even have a negative net worth: the market value of their assets is less than the debt they’ve taken on to finance those assets.  A 2015 Nielsen study found that one out of four American households earning more than $150,000 a year were living paycheck to paycheck.

Lifestyle creep is just one of the causes for this phenomenon.  Essentially, this refers to the fact that the more a person earns, the more he/she spends.  Larger salaries result in the purchase of larger homes (accompanied by larger mortgages), more expensive vehicles, more lavish vacations. . .you get the picture.  Lifestyle creep is no doubt the reason that a large number of celebrities die in debt, despite their enormous annual earnings. For example, Michael Jackson died with estimated $400 to $500 million dollars in debt outstanding.  Burt Reynolds, who made massive amounts as a huge movie star spanning three decades, from the 60s through the 80s, ended up declaring bankruptcy in the 90s. In 2015, he told Vanity Fair, “I’ve lost more money than is possible because I just haven’t watched it.”

And therein lies the rub.  No matter how much you earn, in order to build wealth, it is necessary to employ good money management techniques.  This means creating a budget that directs some of your earnings to an emergency fund and enables you to invest some money to achieve your financial goals. Believe it or not, you can become a millionaire—i.e., have a 7-figure net worth—even if you don’t earn a 6- or 7-figure salary a year if you will commit to saving just 10 cents out of each dollar you earn.  For example, if your after-tax income is $30,000 a year and you invest 10% of that—$3,000—at 10%, you will have $1 million in your account at the end of 38 years.  If you net only $20,000 a year after tax, it will take you 42 years to accumulate $1 million, assuming a 10% annual rate of return.  And a 10% return isn’t out of range; it happens to be the average annual return on the stock market over the past several decades.  You can expect to earn the same return by investing in an S&P 500 Index fund.  And many of these funds allow you to invest as little as $50 a month via an automatic investment plan.  You won’t even miss this money as it continues to build your wealth month by month.

How to Make Money in College