How much is Soulja Boy Worth? 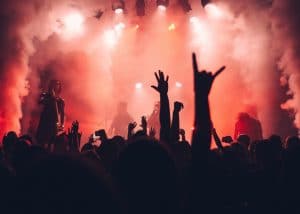 Soulja Boy, formerly known as Soulja Boy Tell Em, is a popular American rapper and producer who released Crank That (Soulja Boy) as his number one hit debut single. He rose to fame in the early 2000s and has maintained success and wealth. As of 2023, Soulja Boy net worth is estimated at $30 million and he is more than just a hip hop star!

Famous quotes by Soulja Boy include:

How much money does Soulja Boy make?

Here is an overview and rough estimate of Soulja Boy yearly, monthly, weekly, daily, and hourly income. Please keep in mind that the amount of money that he earns is taxable; in which, he falls under the highest tax bracket. Thus, financial planning plays a key role in establishing both short and long-term goals along the path to building wealth.

How did Soulja Boy get rich?

Soulja Boy was able to get rich by developing multiple streams of income from his earnings as a rapper, live performance tours, merchandise sales, and endorsement deals.

Before Soulja Boy was known by his iconic stage name, he was called DeAndre Cortez Way—his legal birth name. How old is Soulja Boy? Soulja Boy was born on July 28, 1990 (age 32), in Chicago, Illinois.

Eventually, DeAndre moved to Atlanta, Georgia, with his family when he was six years old. During his stay in Georgia, he started to become interested in music, specifically rap. But he only ever started to work on music when he moved to Batesville, Mississippi, at the age of 14.

His father supported his musical interest in Mississippi by building a home studio. With this, he could upload his songs on the SoundClick website in November 2005. And with the positive reception they received from their supporters online, they started a YouTube channel and a MySpace account.

Two years later, in March 2007, he recorded and released Unsigned and Still Major: Da Album Before da Album, his first independent album. And in this album, Crank That (Soulja Boy) was included. And, of course, people won’t forget the dance video made for this song.

By May of the same year, Crank That (Soulja Boy) was played on the radio and showed his talent as an artist well enough to end up with an Interscope Records deal. When September rolled in, the hit climbed up to the number one spot on the Billboard Hot 100, where it stayed for seven weeks. And as a cherry on top, this song helped Soulja Boy get a Grammy nomination.

By October, the album Souljaboytellem.com, the debut studio album, was released. This climbed to number four on the U.S. Billboard 200, underscoring Soulja Boy’s early success. Then, the Recording Industry Association of America (RIAA) certified him as a platinum artist in December 2007.

After a massive splash in the music industry, Soulja Boy released his second album, ¡SouljaBoyTellem, 14 months after October 2007. In 2010, his third album, The DeAndre Way was released. Both albums did not do as well as his debut, but his third album was incredibly disappointing. But from the years 2011 to 2014, he started to tip the scales with his mixtape releases, which were quite successful.

By 2015, Soulja Boy signed with Universal Music Group. And under this new label, he made and released albums, singles, mixtapes, and videos which were generally received with success. For instance, his album Loyalty was released in 2015, and How Can You Blame Me? was released in 2019.

Aside from music, he also started a record label in 2004 called Stacks on Deck Entertainment (SODMN). He managed to sign artists with this label. However, by the end of May 2016, all the artists were dropped. Yet, by 2019, artists Lil 100 and 24hrs were re-signed by DeAndre.

With his sudden rise as a hip hop artist, it is not a surprise that Soulja Boy received some backlash. This can be found in the Urban Legend mixtape by DJ Cisco, released in June 2008. Here, Ice-T, a famous rapper, blasted Soulja Boy for single handedly killing hip hop and other profanities commonly heard in the genre.

Ice-T also compares Soulja Boy’s hit song with other tracks from other hip hop artists and marks Crank That as garbage in comparison. This led to an online feud between the two by exchanging videos.

Kanye West eventually backed up Soulja Boy by appreciating his work as something original and new. But the bad blood between the upcoming hip hop artist and the legendary one did not go unnoticed, as it was parodied in an episode of The Boondocks in 2010.

In the earlier years of his career, specifically in February 2009, Soulja Boy was caught in a controversy with Bow Wow, another rapper. Soulja Boy called out the other party to race in high end sports cars, specifically Lamborghinis. Soulja Boy mocked Bow Wow by alleging that it was rented, but the latter eventually disproved the claim by proving his ownership over the car.

This led to another feud over Twitter between the two. But the spat was not limited to tweets, as both parties sent diss tracks. The tracks are F-ck Bow Wow by Soulja Boy and What I Think About You by Bow Wow. But eventually, in 2016, both parties buried the hatchet, and they released Ignorant Sh-t, a collaborative mixtape.

Facebook might not seem like the hottest social media option to send death threats, but that is precisely what Soulja Boy did in April 2013. The artist sent several death threats to another rapper named Chief Keef and also doxxed the artist by posting his phone numbers. He also urged his fans to call Chief Keef to warn or threaten him that Soulja Boy was coming with a gun.

The threatening posts against Keef kept going, and eventually, Chief Keef answered by telling him he was in London. It turns out that Soulja Boy’s email and social media accounts were hacked, and he was not the one posting the threats; at least, this is what he alleged. Today, the two rappers have no issues between them.

Out of all the issues and controversies linked with Soulja Boy, a severe event happened to the artist on December 30, 2008. According to him, the crime occurred after a party for an album release and while he was recording songs with some of his friends. According to reports, DeAndre was beaten and robbed in his home by six masked men armed with AK-47s. The next day, a video was released on the internet of two masked men claiming that they were responsible for the event.

Many other events in Soulja Boy’s life led to where he is now and the success he amassed. Unfortunately, his brother Deion Jenkins was killed in a car crash in 2011.

As for his face tattoos, you might have noticed that he had them removed in 2020. This was a move that had a purpose: to start acting in films and television shows. He also did not want to be stereotyped as a drug dealer or gangster, especially when it came to being cast into acting roles.