How much is JoJo Siwa Worth? 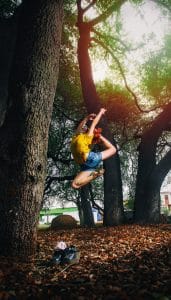 JoJo Siwa is a popular American dancer, actress, singer, reality television personality, and a motivational speaker as well. As of 2022, JoJo Siwa net worth is estimated at $20 million. A huge chunk of her income comes from her appearances on television, to include her YouTube channel, and from the sales of her JoJo Siwa brand merchandise.

Famous quotes by JoJo Siwa include:

How much money does JoJo Siwa make?

Here is an overview and rough estimate of JoJo Siwa yearly, monthly, weekly, daily, and hourly income. Please keep in mind that the amount of money that he earns is taxable; in which, he falls under the highest tax bracket. Thus, financial planning plays a key role in establishing both short and long-term goals along the path to building wealth.

How did JoJo Siwa get rich?

JoJo Siwa started accumulating her riches by developing multiple streams of income to get rich from her earnings as a reality television personality, YouTuber, and merchandise sales.

How old is JoJo Siwa? Joelle Joaine “JoJo” Siwa was born on May 19, 2003 (age 19) in Omaha, Nebraska. Her parents are Tom Siwa, a distinguished chiropractor and Jessalynn Lombardi, a dance instructor.  While first known as a young kid, JoJo Siwa is now a full grown adult, standing at a height of 5 feet 6 inches. From Nebraska, she has since lived in Tarzana, California, where she purchased her mega mansion worth $3.5 million in 2019.

JoJo Siwa has quickly risen today to be one of the most popular names in the whole world. She first became famous by appearing on the reality TV show Dance Moms in Season 5 and Abby’s Ultimate Dance Competition. It is not just dancing that she is good at, as she’s really a trifecta of talent. She acts and sings, as well. This is evident in her hit music videos like Boomerang, Hold The Drama, and Kid In A Candy Store.

JoJo Siwa is no stranger to the Nickelodeon Kids’ Choice Awards, for being recognized as a top performer. In 2017, she was awarded Favorite Viral Music Artist, and in the following year 2018, the same awards committee named her as the Favorite Musical YouTube Creator.

JoJo Siwa is also an author with her very own New York Times best seller, Jojo’s Guide To Sweet Life. Many teenagers may find themselves being able to relate to this book, as it talks about her personal battle with social media negativity and an overall positive outlook in life.

As she moved on from dancing, one of JoJo Siwa’s earliest hits was Boomerang, a single released in 2016. The song talks about moving beyond the negativity brought forth by cyberbullying. The summer after, she released another single, this time with a lighter theme, Kid In A Candy Store.

Taking no break from her song releases, Siwa’s Hold The Drama became such a hit, with its fun and sparkly dance numbers and her now very famous big and bright bows. Following this were two EPs, D.R.E.A.M The Music in 2018 and Celebrate in 2019.

D.R.E.A.M The Music had four songs namely, D.R.E.A.M, Only Getting Better, My Story and Everyday Popstars. The D.R.E.A.M music video was released on YouTube channel, which to date has over 61 million views.

While mostly known for her performance in dance reality TV shows, it is not just there that you will find her on television. Throughout her career, she has appeared in many other television shows as well like The Masked Singer, Good Day New York, The Substitute, Make It Pop, All That, School of Rock, Dancing with the Stars, JoJo’s Dream Birthday, and even Keeping Up With The Kardashians.

Apart from being the star on those TV appearances, she has also recently earned a spot as one of the judges on So You Think You Can Dance, Season 17. She is a professional dancer, after all, and don’t forget how dancing was easily one of her very first steps to stardom.

While they are mostly bright and beautiful, this is not to say that everyone loved JoJo Siwa’s bow. Moms and their little girls may have adored those bows, but many schools had to ban it. School authorities who prohibited the use of JoJo Siwa bows have determined such to be a violation of their school uniform by being overly huge and obnoxious.

Apart from those reasons, some schools in the United Kingdom have also banned JoJo Siwa bows, after her partnership with Claire’s. Her bows were quite expensive, averaging anywhere between $10 to $16 each. This price tag means not every girl who wishes to have those bows could afford it, and it became a source of bullying by those in school with parents who could afford the same.

Back in 2019, JoJo Siwa also faced some trouble with the FDA for her cosmetics line. The FDA had given warning about how her line of cosmetics had dangerously high levels of asbestos. As a response to this FDA warning, Claire’s then canceled her cosmetic kit.

It is not just her merch that became tainted with bad publicity. Even her musical career had some bad rap, too. At the Nickelodeon Kids Choice Awards, fans of Jacob Sartorius claim that Siwa had simply paid and rigged the awards committee to win.

In one interview, JoJo Siwa had openly mentioned that bows have always been her obsession since she was a little girl. As she grew older, the bows she loved had also grown bigger, bolder, and better. For her, bows are more than just a hair accessory. It is a symbol of confidence and power.

This is how she was able to welcome her partnership in 2016 with Nickelodeon for exclusive licensing of her line of consumer products – the bows being the star of them all, with a staggering 50 million bows sold, and counting. This merchandise partnership includes Halloween costumes, toys, consumer electronics, and apparel.

Her fame and entrepreneurial ventures don’t just stop there. In June 2021, she also launched her own cereal line with General Mills. Aptly named JoJo Siwa Strawberry Bop Cereal, it contains strawberry flavored cereal puffs and marshmallows in various shapes and colors from blue hearts, white and yellow stars, and of course: pink bows.

Is JoJo Siwa gay? In 2020, JoJo revealed that she had been dating Mark Bontempo. The relationship did not last too long; however, as Siwa came with a big announcement in January 2021, affirming herself as a member of the LGBTQ+ community. As of writing, JoJo Siwa is gay and still dating her best friend Kylie Prew. They first dated in 2021, briefly split, and have since reunited as girlfriends.

There is no doubt that JoJo Siwa is really on top of her game, proving that even young girls can do anything and everything they aspire to be. There seems to be no stopping her from reaching even greater heights.